Broadening the discussion on injustice

Have you seen Gary Haugen’s new book, The Locust Effect? It gets down to a thorny issue at the heart of the constant battle against poverty. 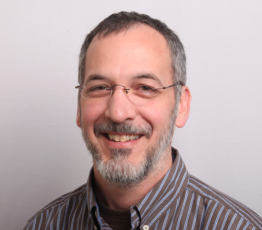 Marty Duren writes at Kingdom In The Midst:

A recent interview in Christianity Today hit me between the eyes. Why We’re Losing the War on Poverty featuring Gary Haugen of the International Justice Mission is a blunt evaluation of our efforts to fight injustice, specifically sex trafficking. Haugen, a former DOJ and UN investigator, says:

You can look to the struggle against slavery in the 19th century, to the struggle against child labor, to the civil rights movement. In each, the church had a critical role in not only being an advocate, but also deploying specialized expertise and skills in the work of justice. At the turn of the 20th century, the amazing police reform in New York City was influenced by a Presbyterian minister, Charles Henry Parkhurst.

Throughout history are hidden other stories of Christians taking up their biblical, prophetic role—not of seizing governmental power, but of using their power as citizens and their moral voice to ensure that the state’s power was used to protect the weakest. In Scripture, God’s people exhort the rulers, the authorities, to exercise their power with justice. The fight for law enforcement is now being engaged in the developing world. The violence manifest in the developing world is actually against the law.

The problem is not that the poor don’t get laws. The problem is that they don’t get law enforcement. There is a functional collapse of law enforcement systems in the developing world; the poor are left utterly vulnerable to violence. This is another historic opportunity for the people of God to be on the side of justice in very practical ways.
[…]

When people think of poverty, they tell you what they see: the shacks, the dirty water, the hungry families. Those are all the visuals that immediately come to mind.

What they don’t see are the assaults, the slap across the face, the rape, the torture by police, and the extortion. It’s intentionally hidden by the perpetrator. The victims are scared and ashamed, and it’s difficult for them to speak. People don’t talk about the things they don’t have solutions for. People working in the development field and in poverty-fighting or public health don’t often come from law enforcement.

The primary fields of IJM’s work are international, thus Haugen’s comments are drawn from Third World experiences. This leads CT’s Timothy Morgan to ask “What can the average American Christian do about violence against the poor thousands of miles away?” The missing element is this: these abuses of power, up to and including law enforcement, are not limited to the third world. They are prevalent in the United States.

San Diego’s rival street gangs like the BMS, the Neighborhood Crips and Brim have put aside their differences over turf and drugs, and have struck up alliances to sell women and girls, some as young as 12.

“They’re absolutely a syndicate,” [FBI Special Agent Robert] Howe said. “We have noticed an increase in the sex trafficking piece over the drugs. These criminal enterprise street gangs have realized the profit margins are so much bigger.”

It’s a cash-rich business for pimps because the girls and women can be sold and resold daily.

Of course this is maddening and heart-breaking at the same time. These stories could be told millions of times a day. But, as a friend asked, “What can we do to change things?”

I’m feel sure Wilberforce asked himself the same question.

What hit me between the eyes is how IJM engages those in authority. They challenge the justice system by rousing community leaders to action.

The decades long evangelical strategy toward societal change has been the attempt to reform political systems. Voter drives, running for office, boycotts and the like have all been used as pressure tactics. Many of these have been at the national level over court rulings, appointees, and congressional bills. Perhaps we have overlooked going to our local council member, mayor, deputy mayor, or county commissioner, having a face-to-face conversation then publicizing the results.

I have a blog. If I were to meet with a public official over an issue of homelessness or child abuse then write a report of that meeting, it brings a different kind of pressure than, “I’m not voting for you.” Incumbents rarely have anything to fear. But if the conversation changes all around them, they have to listen.

Maybe all you have is Facebook. Use it to change the way the conversation is presented.

If we continue with the same strategy we will likely see torturously slow results. Voting out one band of self-serving politicians in favor of another profits nothing. The milk is still spoiled. Instead, let’s ignore party affiliations and keep the pressure on regardless of who holds office. 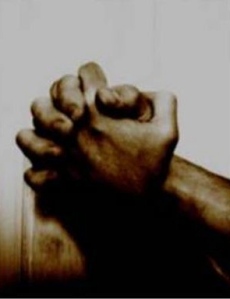 The excerpt below is taken from Just Prayer: A Journey through the Work of Prayer and Justice, a new eight-session prayer guide from IJM for those of us who are “desperate for the hand of God to tip the scales in a battle for justice where it seems ‘the wicked prosper’ (Jeremiah 12:1) and the poor and oppressed go without a defender” — even from among the people of God:

The Scriptures tell us that righteousness and justice are the foundation of God’s throne (Psalm 89:14). But when we see families held in slavery, vulnerable girls sexually assaulted, widows forced from their homes, innocent men and women in prison – the very foundation by which God established right order and governance appears shaken. The forces of evil in the world threaten to mock the living God, saying “Where is your God? Where is his justice?”

But, throughout the Psalms, God declares that:

— He will rule the nations with justice (Psalm 67)

— He will hear the cries of the oppressed (Psalm 12)

It is because of these promises we can be so steadfast in our hunger and thirst for righteousness. We know God will indeed move on behalf of the oppressed if we ask, and ask relentlessly.

So here we must evaluate the way we live and pray. Are we striving for righteousness? Are we merely asking for justice or truly aching for it? Does our hunger bring us to our knees? If we did hunger in this way—with such desperation that all we could do is pray — how might our world be filled with God’s unshakable justice?

Download the prayer guide in PDF format by clicking here.

“Hearing stories of families working countless hours in brick factories and young girls routinely raped and sold for sex affected me like nothing before,” said Hsu, a senior majoring in industrial engineering at Georgia Tech and president of Tech’s chapter of the International Justice Mission.

Read about Tech’s 27-hour “Stand for Freedom” event in the AJC Q&A with Dustin and in Tech’s student newspaper.
Make a difference for people oppressed by human trafficking through IJM. 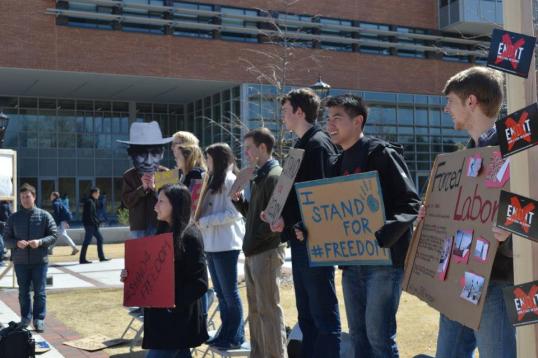