Archive for the tag “Christian Concern”

As gov’t fiscal crisis deepens, churches can step into the void

A new survey in England shows churches are playing a crucial role in helping people in need as that country’s fiscal crisis grows. Those congregations are setting an example for churches in America and elsewhere that when government spending outstrips its income, suffering increases — and churches must step into the void to minister God’s love. Congregations have a strategic opportunity to bring new life — and direction — to their society by simply obeying Jesus’ command to “love your neighbor as yourself.”

To a significant extent, Britain is reliant on churches to reach out to communities and address the social needs of people amidst the financial crisis, a new study has found.

The study, conducted by the Church Urban Fund, shows that 6,500 Church of England parishes offer special services to help schoolchildren, parents, new immigrants and the elderly.

A total of eight out of 10 said parishioners use their spare time to informally help those struggling with issues such as isolation, family breakdown, drug abuse, domestic violence or debt.

Overall, 54 per cent organize at least one activity to meet a need particularly relevant to their community, whether it be poor parenting or low self-esteem, homelessness or mental health problems.

These include specialist debt or stress counseling, community cafés and food, clothes and furniture banks. More than one in 10 said they ran street patrols to offer blankets and food to the homeless or to help drunk people get home.

Paul Hackwood, chair of trustees, said: “All over the country, churches are working to transform their communities, providing food banks, drop-in centers and youth projects.

“The recession has led to unemployment and benefit cuts, which are having a really negative effect on people’s lives.

“It is often left to communities themselves to come together and fill the gap”.

It comes after Justin Welby, the new Archbishop of Canterbury, urged the Church to help in ways that the State had “run out of the capacity to do” as a result of its economic struggles.

He said that this could be the “greatest moment of opportunity since the Second World War” for the Church to fill the void by providing services to communities.

The annual “Church and Community Involvement” survey shows that donations given by churchgoers to social action projects have increased by 19 per cent to £342 million in just two years and churchgoers spend 98 million hours volunteering each year.

“It’s important to recognize that Christianity is for the public good. There are concerted attempts to try and airbrush Christianity out of Britain’s public life,” said Andrea Williams of Christian Concern. “The assumption behind this is that the Christian faith is bad for society. This is demonstrably not the case, as this survey shows. Jesus’ teachings inspire people to serve other people in their communities.

“The Government must ensure that its legislation – whether Charity law or equalities legislation – does not inhibit churches and Christian organizations from carrying out their service whilst maintaining an overtly Christian ethos.”

Read the full text of this article and follow links to related items in London’s Telegraph newspaper, by clicking here.

Learn how to make a LoveLoud difference in your community by clicking here. 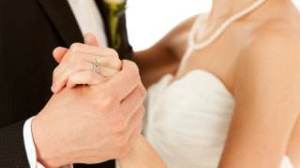 The Law Society in London has banned a Christian organization, Christian Concern, from hosting an informal discussion at its headquarters on the issue of marriage entitled “One man. One woman. Making the case for marriage for the good of society,” according to Christians in Crisis.

The Law Society wrote in an email to Christian Concern, “The nature of your event has recently been drawn to our attention, and it is contrary to our diversity policy, espousing as it does an ethos which is opposed to same-sex marriage.”

The Law Society’s decision comes at a time when the debate over the UK government’s proposal to redefine marriage to include same-sex couples has reached fever pitch after more than half a million people have signed a petition opposing the plans.

Andrea Williams, CEO of Christian Concern, said she was not looking for another venue but asking the Law Society to honor its contract with the group. “How can the Law Society’s ‘diversity policy’ not include the protection and respect of a range of view on the issue of marriage?” she said.