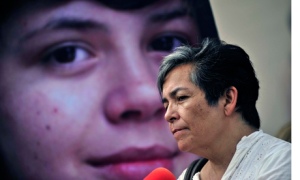 Jennifer Clement writes for The Observer:

Lupita is in her 30s and works as a laundry maid in several houses in Mexico City. She can still remember the first time she saw a girl taken from her home village. “She was very pretty,” says Lupita. “She had freckles. She was 11 years old.”

Lupita was 20 when five men drove into the small community near Dos Bocas, outside the port of Veracruz. “When they got out of the van all we could see were the machine guns in their hands. They wanted to know where the pretty one was, the girl with freckles. We all knew who that was. They took her and she was still holding her doll under her arm when they lifted her into the van like a bag of apples. This was more than 12 years ago. We never heard from her again.”

The girl’s name was Ruth, Lupita tells me. “She was the first one they stole. Then we heard it had happened in other villages.” The men who visited the villages worked for the local drug cartels, snatching girls to be trafficked for sex. “There was nowhere in our village to hide,” explains Lupita. “Where do you hide? So we dug holes in the ground and if we heard there were narcos around, we’d tell the girls to go to their holes and be very quiet for an hour or so until the men left.” She remembers how one mother would leave paper and a crayon in the hole for her daughter. “This worked for a while until even the narcos began to know about the holes.” Two years later, Lupita left the village and came to Mexico City looking for work.

The lists compiled by government agencies and NGOs for missing girls in Mexico read like this:

They go on and on. According to government figures, kidnapping in the country increased by 31% last year. Those statistics tend to refer to victims who have been kidnapped for ransom, as people are more likely to report the crime when money is demanded. But there is another kind of kidnapping that goes unreported. When a girl is robada – which literally means stolen – she is taken off the street, on her way to school, leaving the movies, or even stolen out of her own house. No ransom is asked for. Her body is all the criminals want. The drug cartels know they can sell a bag of drugs only once, but they can prostitute a young woman many times in a single day.

Glimmers of hope where men pay for sex with children 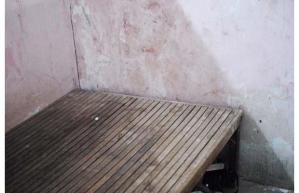 PHNOM PENH, Cambodia — Svay Pak is a hellhole, a dirty, stinking slum of about 4,000 people. It’s also notorious for being one of few places where men can pay for sex with children as young as three.

When Pastor Chantha Hem, his wife, Bunthan, and their baby son came here three years ago from Phnom Penh, they moved into a former brothel. Their pink room, upstairs, had been reserved for the raping of virgins.

Downstairs, there were bare-walled cells with wooden slatted beds and sleeping mats that had been rented out by the hour, mostly to foreign men who wanted to have sex with children.

“I am not just a pastor,” Hem says. “We try to stop child trafficking. Sometimes we confront traffickers and gangsters. This is my challenge …

“The foreigners come night and day. Sometimes I pretend like a pimp and we have communications with them and we try to record it and we try to get information to give to the police. It is very dangerous. But we have to try to stop this.”

The pastor says 90 per cent of an estimated 2,000 children in this village have been sold to a pimp or a brothel owner and been sexually abused.

“Most are abandoned by their parents and live with their grandparents or a neighbour or some other relative. The moms are gone … It’s very difficult to forgive the parents.”

Among his 250 parishioners, Hem says 12 or 13 are former brothel owners — both men and women. Among their business partners, he says, were government officials and even army officers.

“They told me that when you sell children who are five, six, seven or eight years old, you feel shame. Your heart feels guilty … But now they come to church. Some are doing good [things] and some are still doing bad things.”

The village, however, has changed.