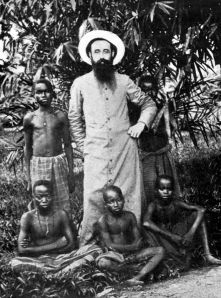 Having no faith in the existence of heaven, postmodern secularists dream of a paradise on earth.

This paradise — to be created and ruled by secularists themselves, since there is no God — will ensure freedom for all, eliminate oppression, eradicate poverty and guarantee equality. Perhaps most important, it will bury old religious superstitions once and for all and usher in a new era of universal “tolerance.”

“Society will outgrow doctrinaire [religious] belief systems accepted on traditional ‘faith’ and inculcated by authoritarian intimidation,” confidently predicts one futurist. His forecast is echoed by many others.

Since this brave new world didn’t work out so well during the disastrous experiment on humanity called communism, secularists hold up post-religious, democratic Western Europe as a model. There, old cathedrals stand empty and traditional Christianity appears to be dying, but many Western Europeans still enjoy relative political and personal freedom — at least for now. In the new, post-religious world promoted by secularists, that’s enough. For them, freedom is an entirely material phenomenon, a new stage in the historical evolution of human beings striving to shake off the chains of oppressive institutions, especially religious ones.

Such a view is not only bigoted but reveals historical ignorance verging on amnesia.

Even a cursory study of the West locates the roots of the modern idea of human freedom in the radical Gospel liberation offered by the God of the New Testament. The spiritual revolution begun by the first Christian Apostles and missionaries, while Rome still ruled, was rekindled and powerfully amplified in the emerging modern world by the Protestant Reformation, the printing press and the spread of the Bible to the masses in their own languages. Freed from their spiritual and mental chains, Europeans eventually embraced democracy and the ideals of political liberty.

And what about the rest of the world?

A fascinating cover story in Christianity Today reaffirms a historical reality that will make the secular fundamentalists gnash their teeth: Missionaries have spread freedom and education, aided the poor, worked for the empowerment of women and advanced general human progress almost everywhere they have gone. Not just any missionaries, mind you, but “conversionary” Protestant missionaries — evangelical Christians who have gone into the world to spread the Gospel and make disciples.

“The Surprising Discovery About Those Colonialist, Proselytizing Missionaries,” by Andrea Palpant Dilley, highlights the groundbreaking research of sociologist Robert Woodberry, associate professor and director of the Project on Religion and Economic Change at the National University of Singapore. As a young grad student in sociology 14 years ago at the University of North Carolina, Woodberry became intrigued with the connection between the spread of Protestant Christianity across the globe and the spread of freedom and democracy. He has made it his life’s work.

“In essence, Woodberry was digging into one of the great enigmas of modern history: why some nations develop stable representative democracies — in which citizens enjoy the rights to vote, speak, and assemble freely — while neighboring countries suffer authoritarian rulers and internal conflict,” Dilley writes. “Public health and economic growth can also differ dramatically from one country to another, even among countries that share similar geography, cultural background, and natural resources.”

What he found in country after country was a direct correlation between the historical presence and mission activity of “conversionary Protestants” and the advance of freedom and social progress.

“I was shocked,” Woodberry told Dilley. “It was like an atomic bomb. The impact of missions on global democracy was huge. I kept adding variables to the model — factors that people had been studying and writing about for the past 40 years — and they all got wiped out. It was amazing. I knew, then, I was on to something really important.”

Woodberry “already had historical proof that missionaries had educated women and the poor, promoted widespread printing, led nationalist movements that empowered ordinary citizens, and fueled other key elements of democracy,” Dilley reports. “Now the statistics were backing it up: Missionaries weren’t just part of the picture. They were central to it.”

In 2005, a $500,000 grant from the John Templeton Foundation enabled Woodberry to hire a platoon of research assistants and launch a major database to gather more information. Armed with those results, he was able to assert:

Woodberry’s findings explode the popular modern myth that most 19th- and early 20th-century missionaries were little more than agents or unwitting tools of Western colonialism. Yes, some fell into that tragic pattern. But many others sided with the people they served in the face of any form of exploitation, local or foreign. They fought the opium trade in China, defended Africans and Pacific islanders from encroaching white settlers, worked for the abolition of slavery in the Caribbean, struggled against temple prostitution and the burning of widows in India. And nearly everywhere they went, they began schools and hospitals, taught people to read and helped the poor to better their lot.

“Pull out a map, says Woodberry, point to any place where ‘conversionary Protestants’ were active in the past, and you’ll typically find more printed books and more schools per capita,” Dilley writes. “You’ll find, too, that in Africa, the Middle East, and parts of Asia, most of the early nationalists who led their countries to independence graduated from Protestant mission schools.”

In most cases, Protestant missionaries of the past did these things not because they were radical social reformers or political revolutionaries, but because their Gospel ministry brought them close to the common people, the poor and the oppressed, whom they sought to serve in the love of Christ.

What is the message for evangelicals in a postmodern age that relentlessly strives to sneer the Gospel out of the public square? Stop apologizing for your missionary roots. Be proud of your spiritual ancestors. Many of them were gutsy heroes who braved all sorts of dangers to take the Gospel far beyond its traditional centers to the ends of the earth.

They changed the world of their day and ours — and they are worth following.

Listen to an audio version of this column.