When they behead your brother … love your neighbor 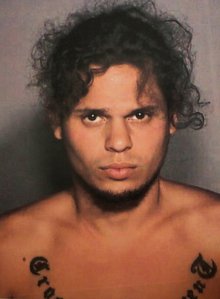 We have grown tragically accustomed to hearing of Islamist atrocities overseas, such as the Feb. 11 beheading of a Christian pastor during an attack on his church in Tanzania. We are aware the deplorable tradition of “honor killing” murder has made its way to North American shores.

Truly shocking to many Westerners, however, will be the news that Sharia-style beheading also has arrived in America. A 27-year-old man, Yusuf Ibrahim, was arrested Feb. 10 in New Jersey for shooting and decapitating two Egyptian Christian men and burying the body parts in separate graves.

Self-righteous, self-serving Islamists are an insult to earnest Muslims everywhere. There is no justice in hateful atrocities — regardless of who perpetrates them — and the God of Abraham will judge those who commit evil in his name. The Scripture wisely reminds us: “Do not be deceived: God cannot be mocked. A man reaps what he sows.”

In the face of persecution and oppression, we admire the heart of Barnabas Mtokambali, the Tanzania general superintendent for the Assemblies of God, who encouraged Christians in Tanzania to remain Christlike in their faith, in spite of the murder of their pastor.

“Our response as a church is not one of violence and hatred, reflecting the attitude of those committing such crimes,” Mtokambali said, “but that of Christ and reflecting his image by loving and praying for those who humiliate and persecute us, and not holding such sins against them.”

Islamist rage is spreading like a deadly plague, under cover provided by naive souls who insist all Islam is the “religion of peace” and that Islamists can be placated by redressing their grievances. The only satisfaction Muslim extremists will acknowledge is total surrender or death.

Civilized souls, men and women who love freedom and justice must respond to this monster wherever it raises one of its heads. While governments must use force to combat militant evil, Christians must set an entirely different example. We must multiply justice, rather than hatred, with an intentional mission of building relationships in all segments of our communities and loving our neighbors the way we love ourselves.

When broken men, blinded by rage and hatred, dishonor the name of the One who is Holy, Just, and True, followers of Jesus must respond in the spirit of Christ. We must not only love our neighbors, we also must love those who make themselves our enemies and those who persecute us.