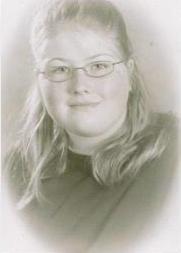 Alex Moore was a 15-year-old freshman at Jemison High School, about 40 miles outside Birmingham, Ala. She enjoyed reading, journaling, drawing, and caring for animals. She was kind, and spent a lot of times alone due to lack of close friends. There is no evidence she caused any harm to any classmate at Jemison High. She was a live-and-let-live kind of lady.

On the morning of May 12, 2010, instead of going to school to face another round of humiliation and scorn, Alex abandoned her usual school uniform of tan pants and a blue shirt. She wore a sweatshirt, a comfortable pair of black pants, and brown slip-on shoes. She put on her silver, double-heart necklace her mother gave her for Valentine’s Day. Its inscription read, “A Mother Holds Her Daughter’s Heart Forever.”

Alex even picked up her room and made her bed.

A girl of her tender age should be thinking about the brightness of her future. She should be making that giddy laughter that girls her age make especially when with other girls, the way my daughter who is the same age did during a recent car ride. She should be thinking about the boys who would cross her path. About weekends with family and friends. The screenplay she was working on. About her desire to serve her country through the Air Force after graduation. College. Her eventual Prince Charming.

Instead, at 6:05 a.m. she leaped from the Collins Chapel Bridge Overpass over I-65 in rush hour traffic.

Her family soon discovered Alex had endured a diabolical history of deliberate campaigns of cruelty. Her classmates pushed her books off her desk. She was called “Fat Bitch.” She was locked in closets, held captive in bathrooms. She had her pants, including her underwear, pulled down to her ankles in an event that would bring lawsuits in the adult world, but in the unjust Theater of Bullying and its related atrocities, brought glee and laughter to classmates instead.

There is no evidence that one person who went to church in that community helped Alex. What would the prophets of the Old Testament say about this? What is God saying to you now?

At least one eye-witness said Alex was bullied multiple times during PE, saw the teacher be alerted to this fact, and saw no action on behalf of the teacher during or afterward. When authority is alerted and fails to intervene, bullies usually escalate their attacks, knowing that no one will resist their will. Her ordeal likely escalated.

Alex was the subject of laser-focused contempt in what the senior boys at Jemison called the “Pig Race.” This is where, in a premeditated act of cruelty and humiliation, they created a list of whom they deemed the ugliest girls in school. Then at the appointed time, they would run to just one, hitting her with a Judas-like kiss on the cheek. Whoever got to the “pig” first won in a game that some would characterize as good clean fun. Alex was that girl in a deadly game of social rejection.

After Alex’s death, a neighbor alerted her parents, Jill and Jim, to what her classmates had written about her on Facebook while she was still among the living. There they found textbook cyberbullying: words intended to sear her psychological flesh for the unforgiveable sin of being overweight in America.

In an amazing gesture of kindness, Jill contacted three of the cyberbullies and asked if there was anything they wanted to tell her. All three, in their Facebook profile, identified themselves as Christian believers.

Only one, Brandon, responded. He asked for forgiveness, which he, remarkably, received. More so, Jill commended him for his honesty and courage, showing us that grace and mercy remain two of the most powerful forces on this broken and sometimes wicked Earth.

I tell you Alex’s tragic story, not to be shocking, but as the Bible commands, to provoke one another to good works. Together we have good work to do.

In Alex Moore’s tormented life, we see through the convenient myths about bullying that allow us parents and our children to remain on the sidelines, uncommitted to this righteous cause:

Ignore it? Could you?

Conflict and misunderstanding? With whom?

Drama? What did she do, other than attend a school where children went to church on Sunday and destroyed each other on Monday?

No, in the words of the great Martin Luther King, who knew that to remain silent while witnessing evil is to partake in it: “We have learned to tolerate the intolerable.”

Alex Moore suffered cruelty with an upper-case C. But wherever 10 or more are gathered, statistically, there is bullying, and it needs to stop.

At Alex’s memorial service, the funeral home overflowed with people and grief. Numerous students approached Jill, crying, expressed their condolences and their angry from how Alex was treated.

As Jill told me, she was impressed with their youthful sincerity, but was haunted by an ever-present question in the Theater of Bullying: “Where were you when my daughter was alive? Why didn’t you help her?”

Right now, a similar shell game is taking form among us. Some of us are shedding tears of grief and sorrow for sweet Alex. But unless those tears and emotions move you to action and resolve, they remain about you, not the hundreds of thousands who undergo what she did each school day and without relief.

Those tears remain the product of your own sorrow, not the creation of light, love, justice and goodness. Tears and grief must lead us to more than sorrow, important as that is. They must lead us to indignation, a God-made capacity that compels us to defend those like Alex Moore in our community right now.

And let’s not overlook the manner in which Alex committed “bullycide.” Part of it doesn’t make sense. It’s exceptional in a way. Most young ladies commit bullycide in a very private manner, such as overdosing. Alex’s bullycide was more than a desperate desire to escape torment. It was a profound example of protest as well. Alex went public. She wanted her community and the rest of the world to know what was happening to her and those she represented.

Jill and Jim Moore may never know what event broke their daughter’s strong but tender spirit on May 11, 2010. Yet in this Theater of Bullying, this is not the defining question.

The unvarnished, simple and redemptive question we must answer is: Will we require our children to defend the Alex Moore of our school tomorrow?

And if not, why not? Do we worry that our children will get hurt? It’s possible, but unlikely. Statistically, from a psychological and spiritual perspective, our children are harmed when they do nothing. The real but unspoken sin of cowardice darkens their soul and future, and their capacity for courage, sympathy and empathy is reduced as well. We create small-souled children — or what I have come to call spiritual veal — pleasant but weak. Nice but not good.

We worry that our children might lose popularity. Martin Luther King contended with this objection and he labeled it what it really is: petty vanity. It’s true, your child might lose popularity with some, but gain it with others, none more important than God, who smiles. And do we really want our children to be popular with people who intentionally harm others for sport, who the Bible says create new ways to perpetuate evil?

Given the predatory nature of bullying, it will only decrease when we expect our child to speak up. And when he does, he will grow in faith, character and stature.

I have told Alex’s story in order for us to see the real world of bullying, and this has required that we look, unflinchingly, into the abyss and growing darkness of this social ill. But we can’t stop there. Staring into the abyss of human sin and depravity is not the Christian position. It is not the Christian orientation toward life. Jesus did not call us the “children who stare into darkness,” the way the crusty cynic does. He called us His children of light.

But in order to shine, we will have to fight the spirit of this world, as James warned. We parents will have to fight the spirit of youth culture where cruelty is a perverse form of currency. And it starts with us parents when we require our children to provide a redemptive, live-affirming “No!” the way Jesus did when he saw Mary being bullied and who ordered Judas to, “Leave her alone!”

Imagine if a popular athlete or socialite said those three simple and righteous words on behalf of Alex Moore? That can happen here, tomorrow, but we parents have to demand it from our children, the way we force our children to say “Please” and “Thank you,” to go to church, do their homework, eat real food, clean their room, or practice an instrument.

We parents have strained the gnats of social pleasantries, and in the process, like the Pharisees, forgotten the weightier matters of God, such as justice and mercy. But that can change as we parents assume our position as the tip of the tip of the spear that defends all children, not just our own, against the many diabolical sins in the Theater of Bullying.

And when we require our children to become heroic and courageous Alongside Standers, they will grow in stature, courage, strength, leadership and related blessings, none greater than pleasing our God who loves justice, mercy, and those who walk humbly with their God.

——
Paul Coughlin leads The Protectors, a faith-based solution to adolescent bullying. He is partnering with Saddleback Churchin a first-ever anti-bullying seminar, Justice Begins on the Playground, set for Saturday, May 19, at the church’s Lake Forest, Calif., campus. Watch www.theprotectors.org for more information.

One thought on “Alex Moore’s story”